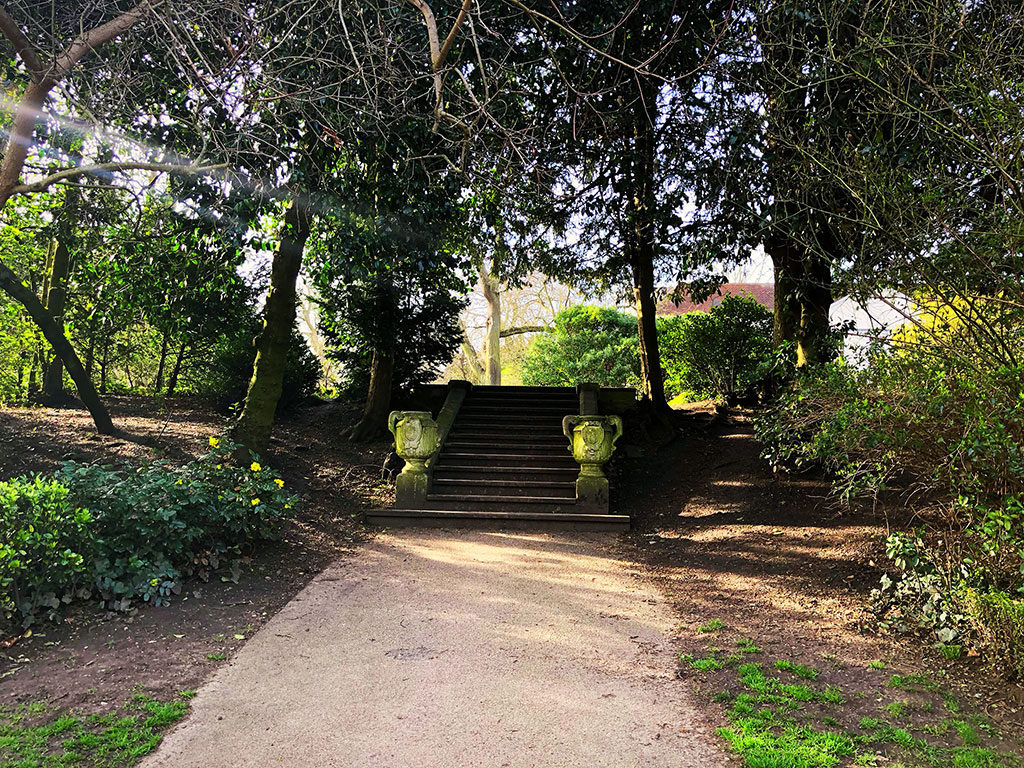 A Solstice Experience: A larp and fundraiser for Campfire Convention.

I met artist and larp designer Nina Runa Essendrop in January this year playing her larp “Human Experience”. I was really taken by the elegance and depth in her work and we talked after the event and talked about collaborating together.

Larp is originally an acronym for Live Action Role Playing, but today it’s used as a name in itself. It refers to an interactive game where people immerse themselves in fictional circumstances to explore other ways of perceiving, behaving or experiencing.

Nina and I were exploring the space between her work and mine, although she comes from a different perspective we discovered that there was an overlap in the way that we approached our disciplines and how we saw the world.

At the same time, I am involved with a community called Campfire Convention. It is a social experiment in which people come together in person and online to share common interests, passions, ethics and motivations, whether related to work or play. The aim is to build strong, diverse, inclusive and resilient local communities (Beacons) where people are empowered to become actively engaged, to make connections with each other and to develop local amenities.

Pete Lawrence the founder of Campfire, put out a call to create a global hub of Beacons all creating events for the Summer Solstice. In Pete’s words:

“Let’s spread positivity throughout the world and create Beacons of hope, resonance and connection. I’ve observed how a smile and a friendly hello can create a good feeling that has potential to spread like a virus. Who knows how large the potential is for changing the way we interact with others through a small adjustment of our mindset from one dominated by suspicion and hostility to one where openness and love is in the ascendant.”

The collaboration that I was discussing exploring with Nina felt like a perfect fit for a Solstice Beacon, and ‘A Solstice Expeirence’ was born! 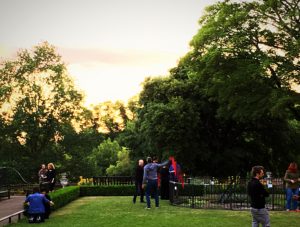 On the evening June 21st, two groups of people met in the beautiful grounds of Lauderdale House to celebrate the Summer Solstice, by participating in a larp; ‘A Solstice Experience’

The first group of people were there to become ‘Solstice Beings’, manifestations of the ancient consciousness taking human form for the first time. The whole human experience is new, from exploring touch and textures, tasting mint or chocolate for the first time; seeing trees, listening to birds, smelling flowers all these joys await these solstice beings. They don’t understand rational logic instead they experience the world through poetic images and sensations.

The other way that they can experience being human is by exploring movement, asking the other group to show them certain types of gestures, or copying anything that catches their attention.

The Second group of people were there to become ‘Solstice Guides’. These were the gate-keepers for the Solstice Beings, there to call them into form. Once the Solstice Beings had woken up they were invited into these wonderful beings curious world. They then could choose to interact with the beings and help them explore the environment; help them use their newly found bodies by showing them movements or describing sensory information.

Both groups were taken through specially designed workshops to help get explore the structure of the larp.

I took the Solstice Guides through a workshop that gave them a taste of the Solstice Beings world and we then explored how to non verbally create connection with the Beings, and how to create a warm welcoming community for them to enter into.

The Solstice Beings were taken through a workshop by my collaborator on this project Nina Runa Essendrop. She has a carefully crafted workshop process to put the players into role, to explore the nuanced way that the Solstice Beings would take form inside of them.

At 7.45 The Solstice Guides were in the garden, using the voices and bodies to create a resonant musical field to help call the Solstice Beings into form.

The doors to the room off the garden where the Solstice beings were resting were opened.

After about 10-15 Minutes the first Solstice Beings started to emerge into the garden and the two groups met.

Watch what happened next in this video: (The Solstice Beings were dressed in black…)

It was a really heartfelt, beautiful experience. After the larp finished, both groups were taken off to do a post-larp workshop, to help them come back release the roles they had taken on, we then brought the groups back together and sat in a candle lit circle, where we had a discussion on how their experiences of the larp and how they wanted to take the experience back into their lives.

It was a what we had wanted to create: a profoundly moving, touching, beautiful and magical journey to celebrate the being in community, the joys of being human and the Summer Solstice.

Based on the larp

With music composed by

With thanks to: Nina for being such a wonderful and generous collaborator, Lauderdale House, Sensible Music, Jennie Muskett, Mee, Judith Lowe for her support, the stewards and all the people who helped on the day.

And a special thank you to all the participants who made this experience really special.

See the full project on the Campfire Convention website here

Read more about Nina and her work here